"I AM BECAUSE YOU ARE"

4CCP was established in 2006 as a sister organization to Haydom Lutheran Hospital as a direct result of realizing the uniqueness of the Haydom catchment area and its people. Haydom is the only area in Africa where the four main ethno linguistic groups of the continent meet in one place with different life styles, language, economic activities as well as social related factors. The main goal was to maintain a sense of peaceful co-existence as well as celebration of the worthy cultural values that give identity to this community.

The main vision has been; 4CCP catchment area continues to become a stable, dynamic and a progressive area with its people having a strong sense of identity, self-esteem and self-confidence and its heritage and cultural uniqueness is preserved and made useful for community development.

The key value has been culture for development and social welfare, building foundation of proper cultural elements that brings about a strong community.

4CCP works in three districts; Mkalama in Singida, Mbulu and Hanang in Manyara districts. The glimpse of our work is vested on the economic empowerment programs, accountability programs as well as mainstreaming issues of gender and youths. Basing on the mission and vision, 4CCP under Tanzania tourism board is also conducting some cultural tourism programs. We are currently solely sponsored by NCA-Tanzania except on one project of Youth Communication for change which is directly supported by FK/NCA Norway.

Basing on the partnership shared between Tanzania tourism board, various companies and organizations 4CCP has also developed to a strong cultural tourism enterprise which deals with various cultural tourism programs whereas, most of the tourists attraction centers and homes for homestay family program especially to the Hadzabe areas. This goes in line with the hosting of the huge cultural festival, which in turn give our people a place to learn and display different activities.

We Africans have this thing called Ubuntu. It is about the essence of being human. It is part of the gift that Africa will give the world… We believe a person is a person through another person. My humanity is caught up, bound up, inextricably, with yours. 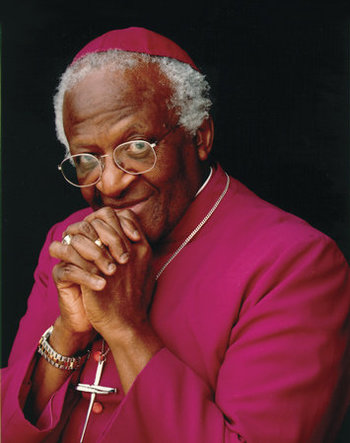 We have a story to tell you about Africa. It is a story being lived as we speak. It is a story the world seldom hears because of all the other tales of wars and famine from our continent. It’s a story full of hope and beauty, of peace and coexistence, of culture and values.

"We, the elders of four language groups of Africa, have built this programme with our own hearts and minds. And we will keep on telling our story, because we believe it is important for the world to hear. Though our languages may differ, our story remains the same. In a world that daily tells us tales of conflicting identities, we have found reason to celebrate our differences and learn from each other. Our coexistence is dependent on understanding and respecting both ourselves and our neighbours"

HAYDOM – WHERE THE FOUR CORNERS MEET

Haydom is a name from the Datoga tribe of the Nilotic language group meaning a redbrown bull. Haydom was a place in nowhere, a few of us from the nomadic pastoralists Nilots of the Datoga tribe, would wander down from the North in search of pasture for our cows. We would meet from time to time with the Hadzabe tribe of the Khoisan language group who wandered in search of animals and roots since they were hunters and gatherers. We, the elders of the Khoisan, know we have always been here close to Haydom. But many seem to believe that our forefathers wandered to the south of Africa since we share the language characteristics of the Sans.

Nevertheless, we met, the Nilot and the Khoisan. Sometimes we would fight, sometimes exchange items and sometimes just keep a respectful distance. The Iraqw of the Cushitic language group, who usually lived in Mama Isara, a bit away from Haydom to the east, started to come. The Cushitic as you know, had moved from Ethiopia into Tanzania a long, long time ago. The Bantu, who had moved into Tanzania from the West of Africa, also started moving in. And so it was, that the Isanzu tribe and the Iramba tribe of the Bantu language group started to plough their fields and tend their small holdings around Haydom.

Haydom in Tanzania is the only place in Africa where the four language groups meet! And what’s more, there has never been a battle or a war. Of course, there have been neighbouring shuffle for land or a kill over cattle, and certainly misunderstandings over cultural values - but never a war. The wars belong to the others, those we came from, not to whom we became together.